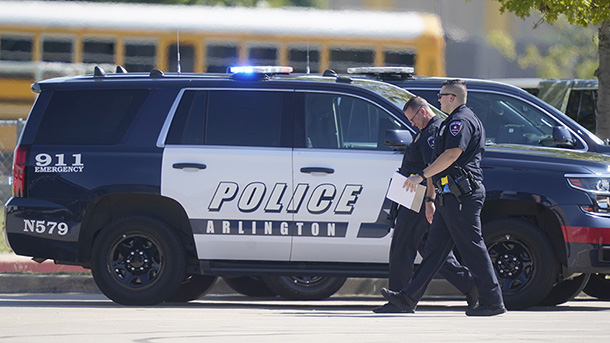 Timberview High School is in lockdown and police are at the scene after a shooter opened fire, injuring four people. The police have  taken him  into custody.

The suspect involved in a shooting at Timberview High School on October 6 has been taken into custody after injuring four people. Police are at the scene of the Arlington, Texas school, which is now in lockdown, after a shooter opened fire on the campus, police confirmed in a press conference. Authorities said they have 18-year-old Timothy George Simpkins in custody, and he has been charged with multiple counts of Aggravated Assault. “The suspect has been taken into custody without incident and charged with multiple counts of Aggravated Assault with a gun,” local police said in a statement. “Most students have been safely evacuated from Timberview High School. Thank you for everyone’s help.” 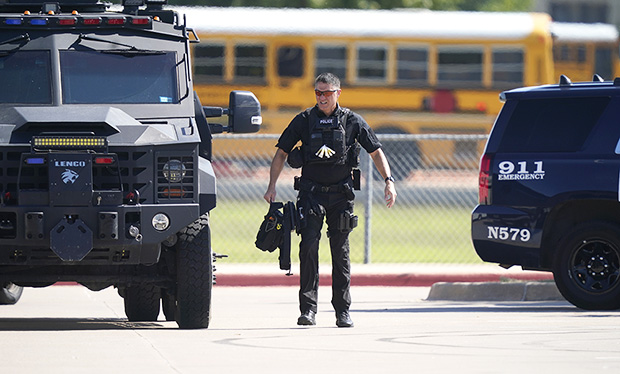 At an earlier press conference, the chief of police said, “This is not random act of violence. This is a student that got into a fight and drew a weapon.” He confirmed that authorities received a call at 9:15am local time about a shooting on the second floor of the school. Four people were injured, one of whom sustained minor injuries and refused treatment. The other three victims — two students and one “older person” — were transported to hospital and are believed to be in surgery.

Earlier today, a letter was issued to parents, stating that police were investigating an active shooter situation. The letter reportedly added that students and staff are currently locked in their classrooms and offices. Arlington Police also tweeted, “We are on scene at a shooting at Timberview High School. We are doing a methodical search and working closely with @ATFHQ @mansfieldisd Police, @MansfieldPDTX @GrandPrairiePD and other agencies. We will be announcing a parent staging location soon once the location is identified.” This is an unfolding situation, Glamour Base Ent. will update this story as we get additional information. 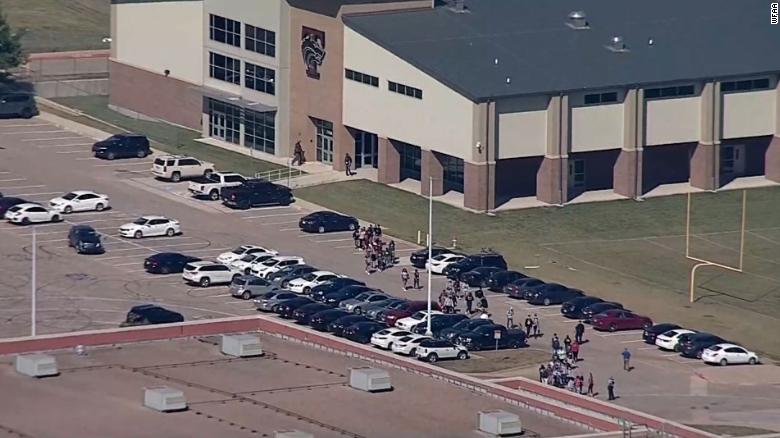 The shooting comes just one month after a state law was enacted which allows Texans to carry handguns in public without going through training or having to get permits. Governer Greg Abbott signed the legislation into law back in June, and it came into effect on September 1. “You could say that I signed into law today some laws that protect gun rights. But today, I signed documents that instilled freedom in the Lone Star State,” Abbott said at the time of signing. The new law allows anyone over the age of 21 to carry a handgun as long as they aren’t otherwise prohibited from owning a firearm by law, such as those with a domestic violence conviction or felony.