South African Rap: The roots and currents of a now-wave
Advertisement 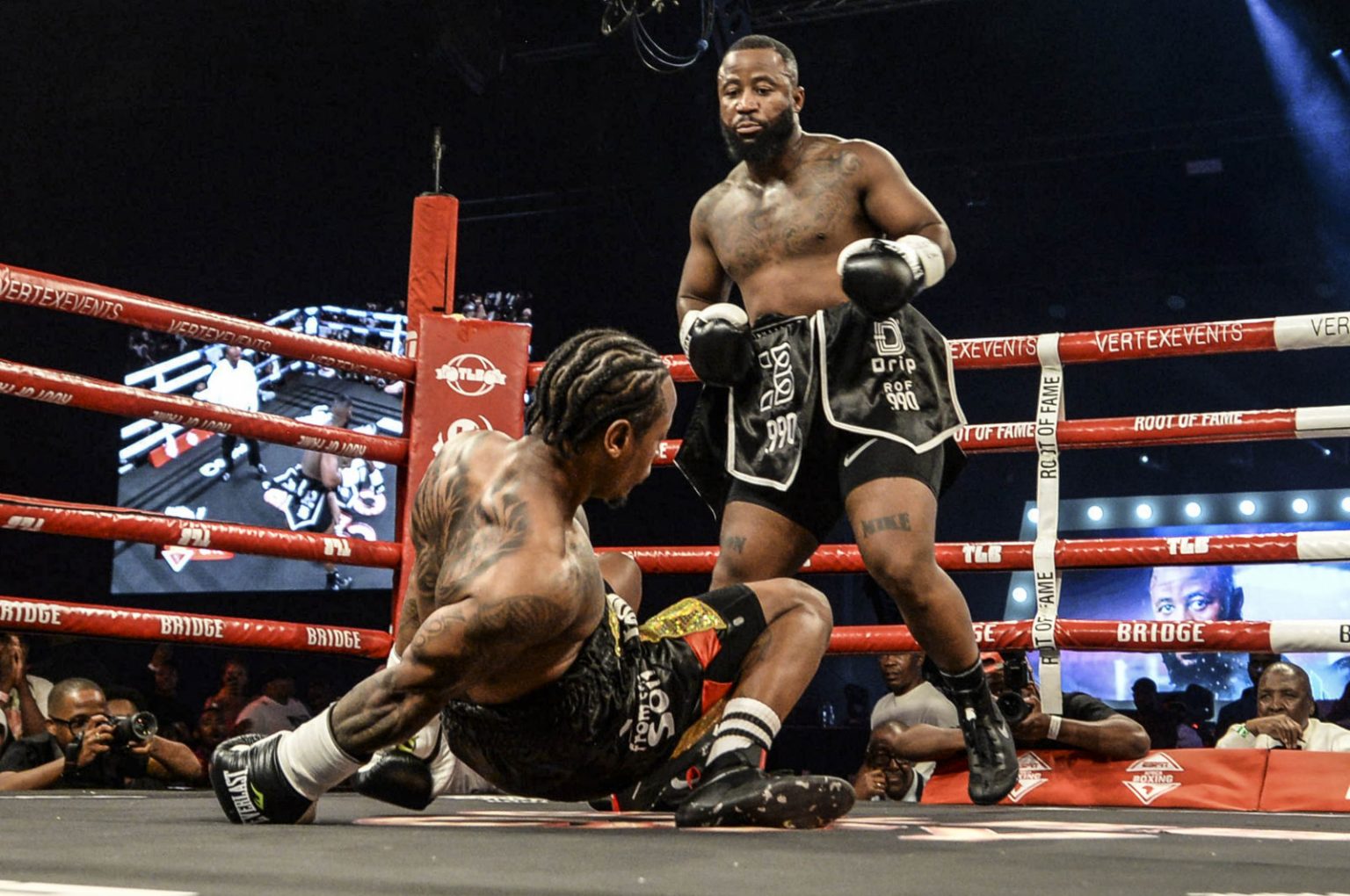 October may very well go down in history as the day Cassper Nyovest claimed his position as Mufasa, king of the punches.

He ripped through opponent Priddy Ugly in one of his now-infamous celebrity boxing matches, then hopped over to Mary Fitzgerald Square, Newtown, where he performed at the Back To The City festival, returning after a two-year, pandemic-induced hiatus.

The past few years have been interesting for the rapper, who has sought to distance himself from the core fanbase that made #FillUpTheDome a reality. Add to that list Sizwe Alakine, who eschewed the moniker “Reason” when he decided to focus on his burgeoning Amapiano career.

While a cursory glance by the common citizen might suggest hip-hop has reached a low, heads in the know recognise that the real and the dope is still available in steady supply. One needs to dig deeper, beyond the surface level of Nasty C and AKA — who’ve got a banger in their latest effort Lemons at over two-million YouTube views after three weeks — to understand there exist Zulu Mecca, Tyson Sybateli and more.

While traditional hip-hop media was dealt a heavy blow in the mid-2010s with the demise of Hype Magazine’s physical format, outlets such as podcasts — the likes of The Sobering — and YouTube channels dedicated to cyphering, such as Sotra Cyphers, have carried the baton and kept the culture alive.

On the afternoon of Sunday, 11 September, when rapper Maglera Doe Boy is due to attend a curated presentation of his debut album Diaspora, Braamfontein is a lulled stranger, its streets reflective of the texture of the day: muted, with minimal traffic and ample parking space — especially on the street where The Artivist, the venue hosting the session, is situated. 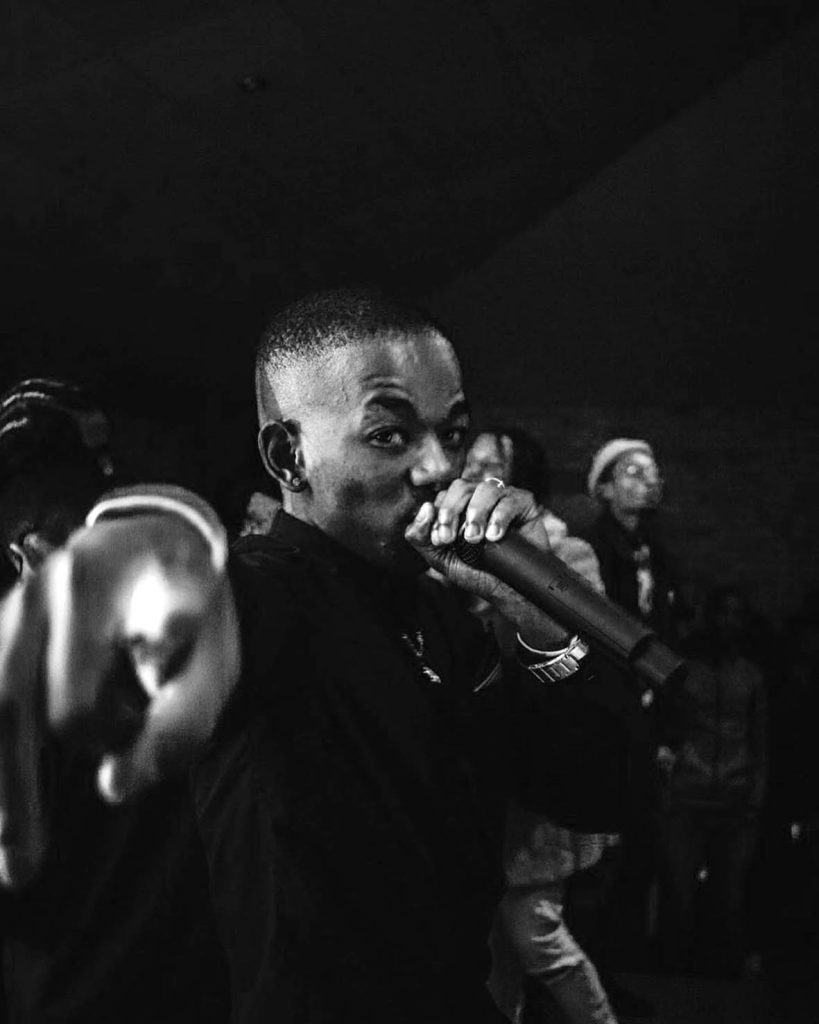 Slated to start at 3pm, the event has yet to see any people arriving 15 minutes later when I get there. This is a sign, a bad one at that. Among the many things Covid-19 taught us is the importance of time and how crucial it is to not waste it. That the event doesn’t start until two hours and some change later feels like a personal affront, so I leave, but not before interacting with the select few people who’ve been invited.

The themed affair has many adhering to the dress code — “dress to impress the Italians”, according to the invitation. It’s a black-tie affair featuring Joburg cool sized and dolled up like they’ve just de-cluttered their wardrobes and put the best-fits on for the occasion. Think gangster flick aesthetics tailored to meet the demands of modern-day city living.

Conversation flows freely and the bits I catch centre mostly around music industry-related issues, for this is a music-insider event, after all. People speak of the state of South African hip-hop — it seemed to be on the rise but now no one is really sure what is happening — and of the album itself — he needed to take us, the old fans, through this transitory phase, for it feels rather disconnected from the rapper who used to lose it over beats by the likes of Apu Sebekedi and Khalil Masia, who produced timeless bangers such as Contra and 10 Deep, respectively.

When I do go outside, the white minivan transporting the MC arrives and parks temporarily in a slot opposite The Artivist, while alternative arrangements for a more permanent parking spot are made. I dip. Time’s a-wasting, as Erykah would say.

“You had to be there, man,” tweets Maglera the following day.

For the past two years, the rapper born Tokelo Moyakhe, who hails from Makazana (Kanana township in Orkney), has destroyed every record he’s been on. His verse on producer MashBeatz’s Never Sleep (alongside Thato Saul) is this year’s best, bar none. Every word spat and every bar laid belongs to a memory bank of rap’s most delicious delicacies. He’s a tongue-twisted flow-meister with the speed of a racetrack stallion and a magnanimous, unique installation in the sea of otherwise forgettable faces flooding rap at the moment.

This knack for content and delivery carries through on songs such as Dor do Povo, about the realities of ghetto living, which include being stuck in a vanity project with the self that refuses to go, irrespective of how old its inhabitants become: “To never grow is to never grow/ you never know until you know, the highs are in the lows”. And on Makazana, an homage to his hood, described by the anchor in the opening news clip as “once a thriving mining area but now a pocket of poverty, unemployment and crime”.

This draws to mind a similarly reported clip towards the end of 25K’s Pheli Makaveli about his hood, Atteridgeville, where the news anchor talks about it as an area with high levels of unemployment and drug abuse, one “plagued by an escalating rate of crime”.

What these news reports always fail to make clear is that this shit is all by design.

Stylistically, Maglera draws from a range of subject matter in popular culture. He’s a gaming head in one life, a bodega supplicant in the next, and a Mexican druglord with the suave outlook of a learned, in-touch professorial candidate elsewhere.

He doesn’t stand alone, however. Maglera Doe Boy is part of a generation of South African hip-hop that has finally found its own mode of expression, though it regularly ventures out Stateside for a touch of inspiration. He’s so effective with his lyrics, and so intentional with his song-making, that it can be hard to trace exactly where he’ll head to next — just know and trust that it’s going to bang, regardless.

In his lane are MCs such as Thato Saul and 25K, proficient wordsmiths with a talent for detailing the most daring true-crime hood narratives on their songs.

“From a language perspective, it was so important to tap into somebody like Maglera,” says the event’s curator Kabelo Moremi.

This moment is not without its forebears. There have been many iterations of it, from Gugulethu’s own Driemanskap’s spaza raps (remember S’phum’eGugs?), to YoungstaCPT’s trap anthems detailing his side hustle while pursuing greatness in the underbelly of Hillbrow (I’ve Seen It All, Mwanangu).

Spaza, a style of rapping commonly associated with Xhosa-speaking MCs from the Cape Flats, absorbed the idiosyncrasies of hood life, from language to clothing to social issues, and fomented a uniquely Capetonian rap identity that encompassed other artists of that era, such as Rattex, whose signature joint Kulcha would get the crowd riled up whenever he’d perform it in clubs and park jams between 2008 and 2011, when his public presence began to wane. 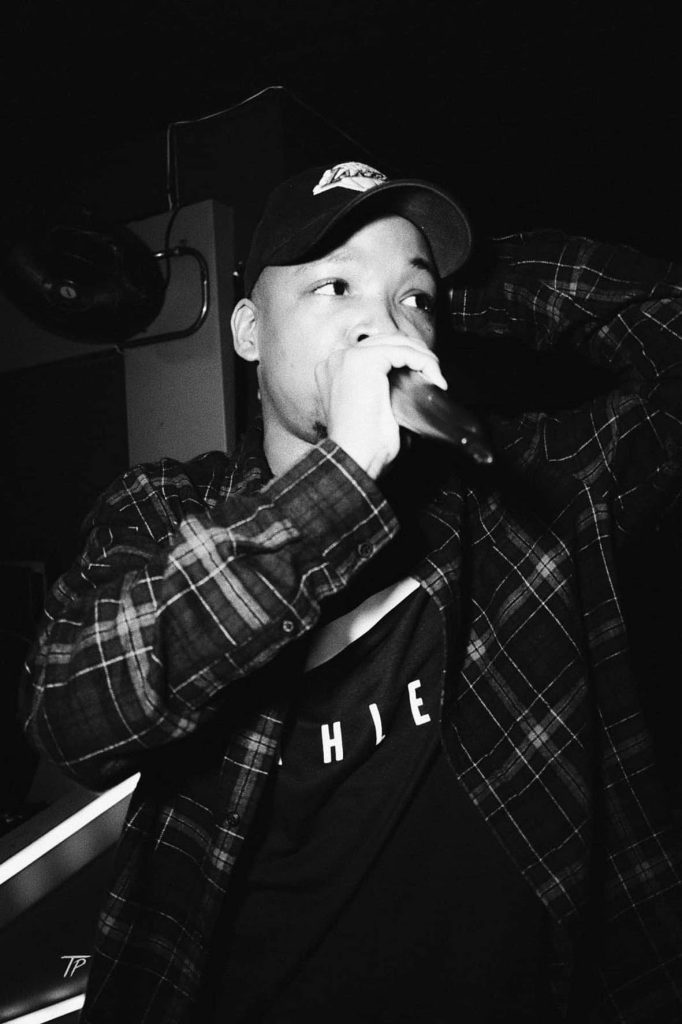 YoungstaCPT, on the other hand, had a revelation. The Lil Wayne influence he previously flaunted got substituted with a style of rapping that bore a close resemblance to how he speaks. This he explores in great detail, and from multiple angles, on his debut full-length album, 3T (2019).

As he told Sabelo Mkhabela in an interview, “I knew that the only way I was going to make people understand the situation in these ghettos like Grassy Park, Ottery and Lotus River is to take them right back to the start, and if I’m wrong, go do your own research.”

What’s fascinating for me is how the MCs weave hood narratives into their songs as though they shared the same backyard. There’s a line running from Mahikeng to Potchefstroom to Tshwane. This line skips Jozi before landing in the Vaal Triangle, where it recoils and re-traces its steps to the rustle and bustle of the Joburg metropolis.

It takes in language and fashion and parades historical allegiances on songs as though they were daily bread and manna from the heavens. It’s a historical pathway, too, of miners and their tales of migration; of  gangsters and their territorial contestations; of apartheid and its undying legacy of dispossession, zoning, state-instituted oppression through violent force and so much more.

This, what is happening in rap, is not just a flex, it’s reclamation of identity, of history, of the very souls of black folk. It’s the blues of our bruised, misused daily lives.

A few days after Maglera’s event, I went to check out KO’s listening session for his SR3 album. He’s also been instrumental in crafting a sonic and lyrical identity that is very much South African in its makeup, from the sghubu-laden beats, to the bars lifted off of kwaito’s rosy past, to the very content of his raps, while encompassing elements from global pop culture, mostly American.

Before sounding off on the 13-track offering, he mentioned the album was supposed to be released in 2020 but he decided to hold back since he felt it was “outside music”. The wait has yielded results, for now we have bangers such as Sete (with Young Stunna and Blxckie) which hark back to the days when Cara Cara was causing traffic on the airwaves, the highwaves, the hood hangouts and the festivals.

This current form owes its proliferation and almost-immediate acceptance to OGs such as Skwatta Kamp, HHP, Morafe, Brasse Vannie Kaap, Jitsvinger and many others who have made it a point to deliver perfect products while keeping their roots rooted in Mzansi expression. It is to them we tip our hats.