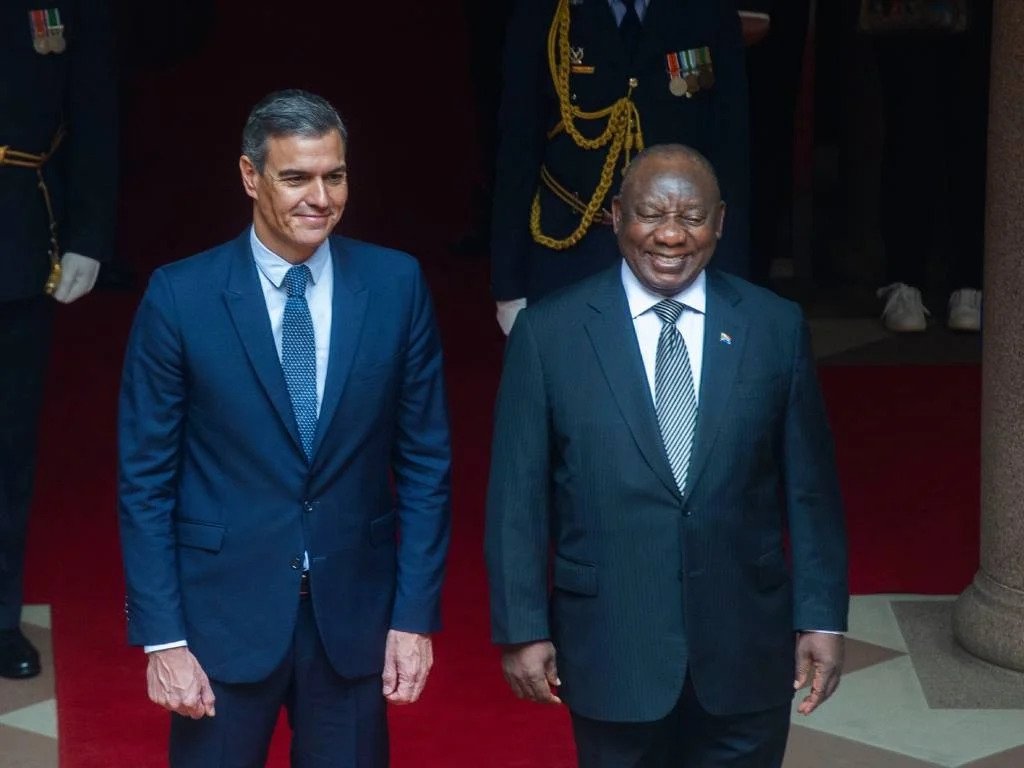 Ramaphosa extended an invitation to Sánchez to deepen cooperation between the two countries.

On Thursday, Sánchez and Ramaphosa shared the stage at the Union Buildings in Pretoria, where Ramaphosa said that despite Covid-19 restrictions, bilateral relations between Spain and South Africa had continued regularly.

“Your visit is a clear sign that relations between South Africa and the Kingdom of Spain are growing from strength to strength. The Bilateral Consultations are now a well-established mechanism for deepening cooperation between South Africa and Spain. Our two countries cooperate in several key sectors that are important to the development of our respective nations.”

According to Ramaphosa, South Africa and Spain were cooperating in the areas of education, science and technology, defence, arts and culture, and sports.

“There is also a significant collaboration between our two countries on issues pertaining to human rights and around women, peace and security. Our bilateral relations are underpinned by trade and investment promotion and facilitation.”

Ramaphosa added that agriculture was one of the catalytic sectors identified under the government’s economic recovery plan.

“We look forward to engaging with Spain on several important issues that are affecting our agricultural exports into the European Union. Our goal is to reach mutually acceptable solutions that are underpinned by the principles of fairness and transparency,” he said.

As we approach this date, we need to accelerate our efforts and strengthen our resolve. At a national level, South Africa is guided by its National Development Plan 2030. This is our blueprint for achieving a better, more equal and prosperous society that leaves no one behind.

Ramaphosa also thanked Sánchez for supporting South Africa and India’s proposal to the World Trade Organisation for a temporary waiver of the TRIPS Agreement, “to enable equitable access to vaccines and other critical medical supplies”.

South Africa would continue to advocate for rules-based multilateralism and for it to be at the centre of global efforts to deal with our common challenges, Ramaphosa said.

“This is particularly the case when it comes to conflicts between and within countries. South Africa will continue to emphasise the importance of UN-led mediation efforts toward ending all forms of conflict.”

Advertisement
Related Topics:Latest
Up Next