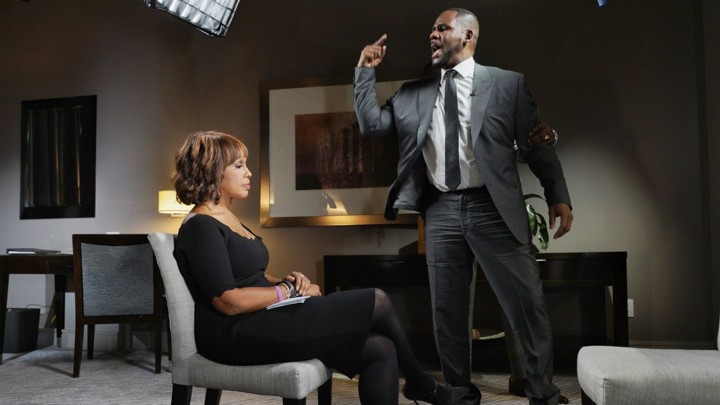 In his first interview following his arrest last month on sexual abuse charges, an emotional and unyielding R. Kelly denied having sex with underage girls and portrayed himself as a victim of a social media-fueled smear campaign.

Mr. Kelly, whose real name is Robert Kelly, expressed deep emotions and pleaded to the camera in the sit-down with Gayle King, a host of “CBS This Morning,” parts of which aired on Wednesday.

“Hate me if you want to, love me if you want,” Mr. Kelly said. “But just use your common sense. How stupid would it be for me, with my crazy past and what I’ve been through — oh, right now I just think I need to be a monster, hold girls against their will, chain them up in my basement, and don’t let them eat, don’t let them out!” unless they need some shoes down the street from their uncle . Stop it !!!! Y’all quit playing !, quit playing , I did not do this stuff .

He continued, directly into the camera and growing tearful: “I didn’t do this stuff! This is not me!”

“I’m fighting for my life!” he said, using an expletive. He jumped out of his seat and became so upset that Ms. King paused the interview so he could regain his composure

Mr. Kelly, 52, was charged last month in Chicago with 10 counts of aggravated criminal sexual abuse involving four women, three of whom were minors at the time. He was released from jail last week after a woman describing herself as a friend of Mr. Kelly posted a $100,000 bond.

His arrest came after a Lifetime documentary, “Surviving R. Kelly,” brought new attention to accusations that he had mistreated women and revived prosecutors’ interest in his behavior.

“Everybody says something bad about me,” Mr. Kelly said, referring to the documentary. “Nobody said nothing good. They was describing Lucifer. I’m not Lucifer. I’m a man. I make mistakes, but I’m not a devil. And by no means am I a monster.”

CBS released portions of the interview Tuesday night, and another portion will air on Thursday. During the interview, Ms. King repeatedly pressed Mr. Kelly about the many allegations against him. He gave no ground, and often fired back at his accusers.

When she asked him if he had broken any laws, he responded, “Absolutely not.”

“You can start a rumor on a guy like me or a celebrity just like that,” he said. “All you have to do is push a button on your phone and say: ‘So and so did this to me. R. Kelly did this to me.’”

When Ms. King asked Mr. Kelly if he had done anything wrong, he said: “Lots of things wrong when it come to women, that I apologize. But I apologized in those relationships at the time I was in the relationships.”