Parklands Shooter Sentenced To Life In Prison Without Parole
Advertisement 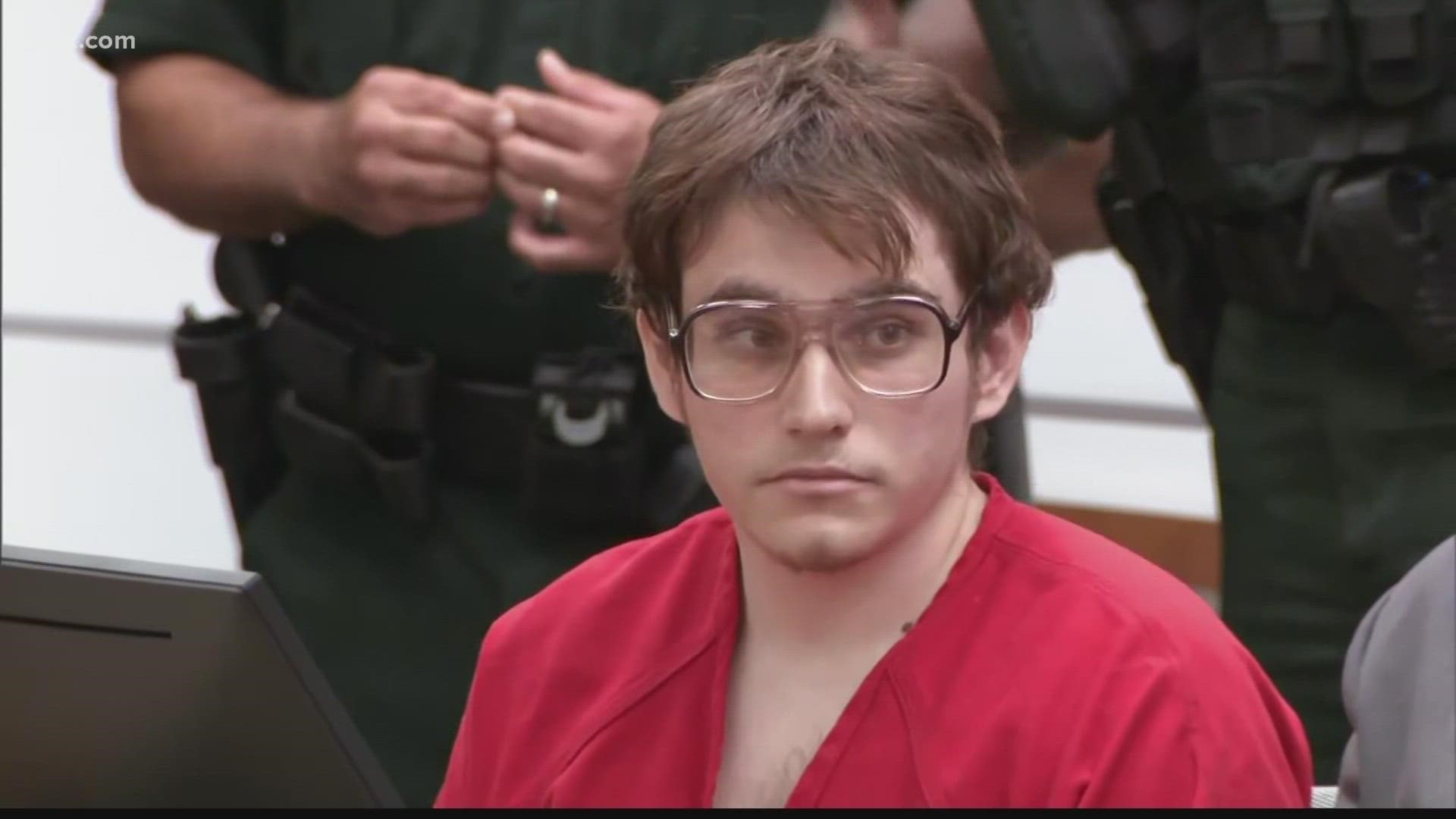 Parkland school shooter Nikolas Cruz was formally sentenced to life in prison without the possibility of parole on Wednesday, after two days of impact statements from families of his 17 slain victims.

Cruz was called a coward, a monster, evil and subhuman who deserves a painful death by the victims’ families in an emotional courtroom scene, according to the Associated Press.

Meanwhile, Cruz sat emotionless while wearing a red jail jumpsuit as Circuit Judge Elizabeth Scherer pronounced 34 consecutive life sentences, one-by-one, for each of the slain victims and 17 others he wounded during the February 14, 2018 massacre at Marjory Stonemason Douglas High School.

Judge Scherer’s voice could be heard breaking as she read the first sentences, clearly caught up in the emotion of the courtroom, but eventually continued with brevity as she moved down the list.

While Cruz was formally sentenced to life imprisonment, it was already a foregone conclusion after the jury in his three0month penalty trial voted 9-1 to sentence him to death last month.

However, Florida law requires 100 percent unanimity for a death sentence to be imposed, the outlet reports.

The judge made no comments towards Cruz outside of what was legally required, and instead commended the victims’ families as well as those wounded during the massacre, calling them strong, patient and graceful.

“I know you are going to be OK, because you have each other,” Scherer told the victims’ families.

Meanwhile, some family members wept as the judge spoke, with one father uttering “Good riddance” after Cruz was led from the courtroom.

They then began consoling and hugging each other, according to AP.

The now 24-year-old Cruz pleaded guilty to the massacre last year, having admitted to stalking the three-story school for seven minutes and firing 140 shots with a semi-automatic rifle.

In the coming days, he will be taken to the state’s prison system processing center outside of Miami while he is assigned to a maximum-security facility.

The outlet reports that he will likely be placed into protective custody for the next several years before being released into the prison’s general population.

While some family members said they would never thing of Cruz again after his sentencing, others seethed as they wished him a painful death, while lamenting the fact that he could not be sentenced as such.

“Real justice would be done if every family here were given a bullet and your AR-15 and we got to pick straws, and each one of us got to shoot one at a time at you, making sure that you felt every bit of it,” said Linda Beigel Schulman, whose son, teacher Scott Beigel, was shot in the back as he led students to safety in his classroom.

Schulman went on to say that in that scenario, Cruz would be faced with mounting fear “until the last family member who pulled that last straw had the privilege of making sure that they killed you.”

Last week, Fred Guttenberg told the court that he finally watched the CCTV video of the shooting, and saw as his 14-year-old daughter Jaime get within one step of a stairway door to safety before Cruz’s bullet struck her in the spine.

“I saw you enjoy it,” Guttenberg told Cruz.

He then said he went to Jaime’s grave to ask her for guidance, the AP reports.

“I walked away from the cemetery realizing that no matter the verdict, nothing changed. Jaime is still in the cemetery,” he said. “I am still a dad who every day dreamed of walking his daughter down the aisle and now I have to face a lifetime of reality that I won’t.”

Meanwhile, Victoria Gonzalez – whose boyfriend Joaquin Oliver was killed by Cruz as he lay wounded on the floor – told Cruz that she once sat near him in class, and added she felt sorry every day for him then considering his personal struggles.

Cruz’s attorneys have said that he was left with brain damage due to his birth mother’s alcoholism, however both the prosecutor and the victims’ families rejected that claim.

“I was rooting for you,” Gonzalez told Cruz, telling him she would cross her fingers when the teacher asked him a question, hoping he would get it right and feel accomplishment. Back then her life was happy, she had friends: “Joaquin loved me for all my flaws.”

Since the massacre, she says her fear of loss has prevented her from getting close to anyone, according to AP.

Over the two-day period leading into Wednesday, several parents vowed to petition the Legislature in an effort to change the state’s death penalty law, so that jury unanimity is not needed for a judge to impose a death sentence, the outlet reports.

“Do we now have closure? Let me be clear, absolutely not,” said Dr. Ilan Alhadeff, whose 14-year-old daughter Alyssa was killed during the massacre. “What I see is that the system values this animal’s life over the 17 now dead. Worse, we sent the message to the next killer out there that the death penalty would not be applied to mass killing. This is wrong and needs to be fixed immediately.”