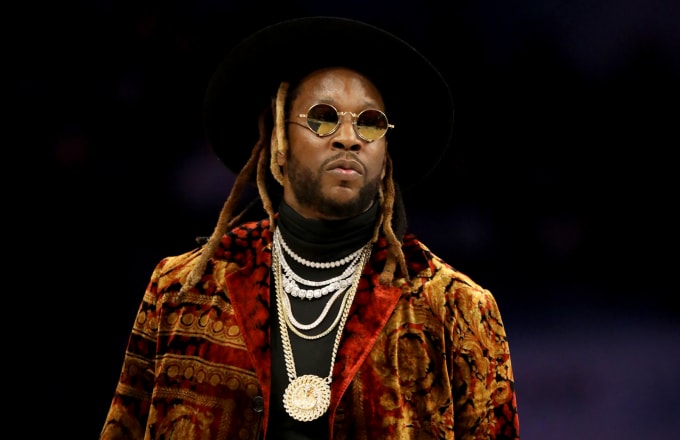 ATLANTA, GA – 2 Chainz isn’t in the good graces of the late Pablo Escobar’s estate. TMZ reports Chainz is being sued by Escobar Inc. for a minimum of $10 million over the name of the “Proud” rapper’s two Atlanta restaurants, Escobar Restaurant and Tapas.

Escobar Inc. says in their lawsuit they own the trademark to Escobar’s likeness and Chainz’s use of it on the two restaurant locations, a website, social media, merchandise and even menu items without permission violates federal law. In addition to the $10 million minimum, the estate is also seeking an injunction blocking use of the name and likeness at both locations.

Hip Hop has had a longstanding infatuation with the late drug lord who died the wealthiest criminal in history in 1993 with a drug empire worth an estimated $30 billion. While Nas has gone by the nickname “Escobar” since the onset of his rap career, other artists such as Wiz Khalifa have gone out of their way to visit Escobar’s grave in Colombia (angering the city’s mayor in the process.)

This isn’t’ the first time the restaurant has caused Chainz trouble. Just last month, police shut down one of the two locations for violating COVID-19 guidelines. According to their report, cops stopped in and discovered the violations after they “noticed that the location was rather loud, busy, and occupied to be operating as a restaurant at that time of night.”

The rapper formerly known as Tity Boi has yet to acknowledge the lawsuit on social media since the news broke, but he did share a post to commemorate the three-year anniversary of the release of Pretty Girls Like Trap Music on Tuesday (June 16).

The project served as his fourth studio album and featured appearances from the likes of Ty Dolla $ign, Trey Songz, Jhené Aiko and more.

Advertisement
Related Topics:2 Chainz
Up Next