How Much Weed Does Snoop Really Smoke? 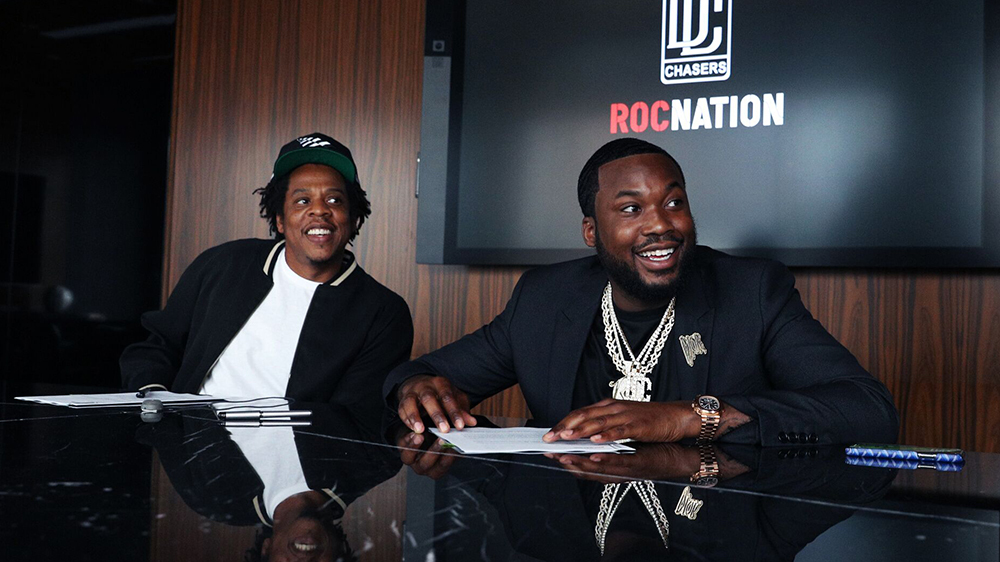 “We look at the big picture — this is way beyond signing artists and having hot records.”

Holding the title of president of Dream Chasers, a joint venture with Roc Nation, Meek will oversee the label and build a staff to sign and develop artists. The label will also handle its own operations, creative strategy, marketing and business affairs. Meek is also planning to open a recording studio for use by the label’s artists.

Said Jay-Z, whose 11-year-old Roc Nation has had Meek as a management client: “Everything he has done leading up to this point shows he is ready to [lead] the next generation. We look at the big picture — this is way beyond signing artists and having hot records.”

Meek will continue to record for Maybach/Atlantic and he plans to release some “new content” prior to the Aug. 28 start of his Legendary Nights tour with Future.

A Philadelphian  — the Eagles used his “Dreams and Nightmares” as their entrance music during their Super Bowl-winning season — Meek created the Dream Chasers imprint in 2012, though its handful of releases have been limited to mixtapes.

Noting that it’s given him “seven years of experience,” Meek added, “I think it’s time for me to dive into the business. I’m 32 years old, I’m in a nice spot in the music business and I can help artists.”

The label has no artists signed yet and no time frame to get started. He’s jumping into the label business after having a string of major success — three of his four Maybach/Atlantic albums have gone platinum and two have gone to No. 1. His 2018 track with Drake, “Going Bad,” peaked at No. 6 this year and is two times platinum.

His goal is to sign artists with staying power rather than ones who might enjoy a month of success via social media channels. Jay-Z noted that Meek has been forwarding him plenty of music: “He has a super keen eye.”

Meek Mill’s rise in the music world, though, has run concurrent with lingering legal issues stemming from drug and gun possession charges. Upon his most recent release from incarceration, he and Jay-Z created the REFORM Alliance to lobby for changes in laws and policies concerning parole and probation.

On the business side, Meek recently acquired an ownership stake in the sports apparel retailer Lids and has joined the ownership groups of Ethika Underwear and Milano di Rouge.

All of that plays into what Jay-Z’s view of what Roc Nation represents. “When Meek and I connected, we connected on a level beyond him being a great rapper,” he said. “Just who he is, his honesty, his sense of responsibility. He just came out of a situation and pulled people together. He turned a negative thing into something positive.

“I know he can make music  — you’ve heard it. I think he cannot only make music, but make stars. Not only make stars but make films. What we lacked for so long was opportunity. We didn’t own our businesses.  We’ve never been in this position before, never had this sort of power. Hip-hop is 40-something years old so we’ve just now gotten to the point where we can really affect change. The music and culture we created — we’ve given it away for so long. It’s understandable. You have to clean the floors before you own the building.”