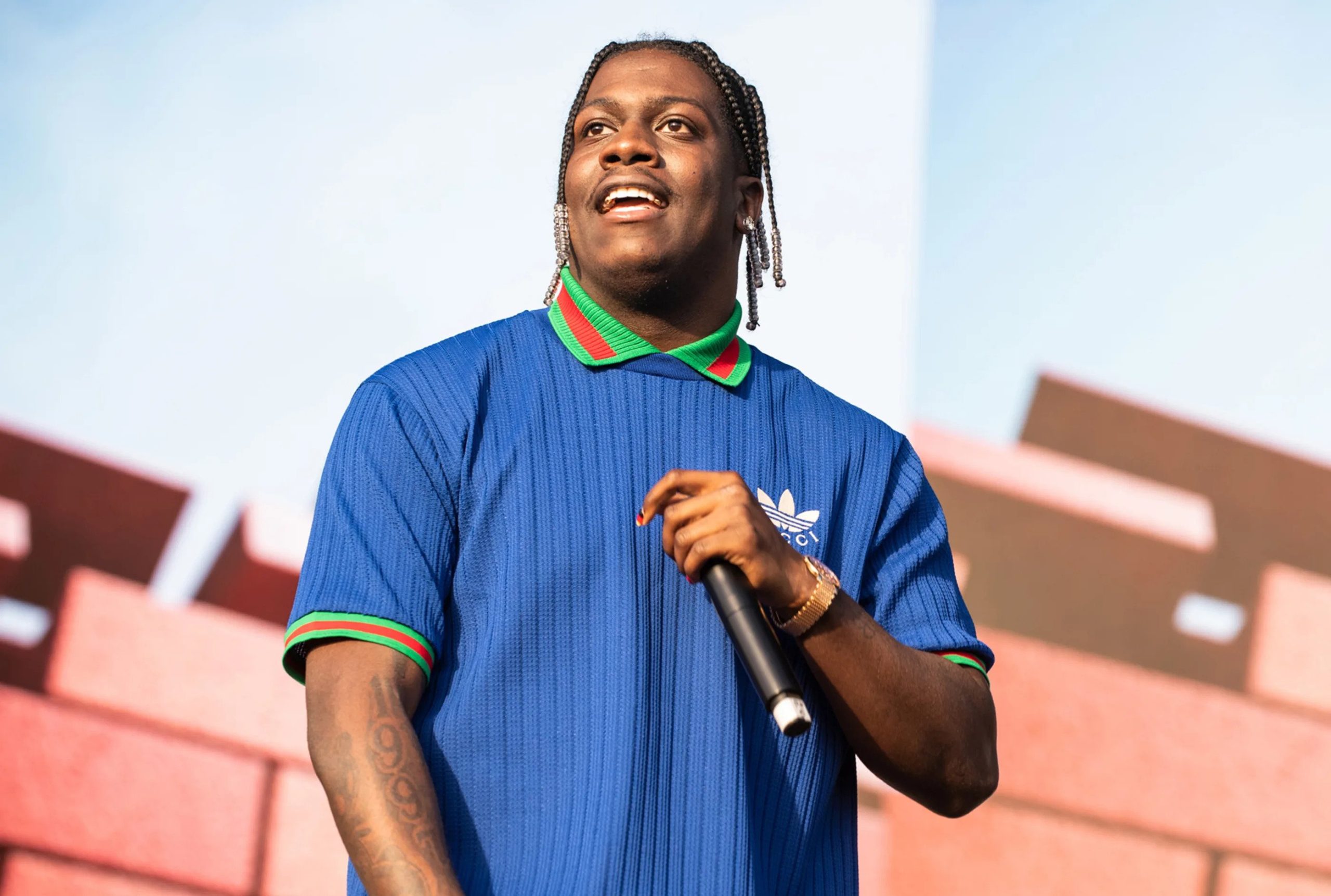 It pays to have fun, especially if you’re Lil Yachty.

The melody in his new song “Poland” is bizarre, to say the least, which is exactly why it’s blowing up on TikTok, meme pages, and most other corners of the internet right now.

Over a synthy beat from F1lthy (Yeat, Playboi Carti), Yachty delivers a fairly simple hook (“I took the wock to Poland”) but it’s the way he says it that’s getting everyone’s attention. Adding an exaggerated warble to his voice, it almost sounds like he’s singing into a fan. Or maybe laying in a massage chair? Practicing for the opera?

However he did it, it’s oddly catchy and it doesn’t sound like anything else we’ve heard this year (or maybe ever).

Naturally, it’s already going viral. There are videos of people literally singing into fans and imagining the wild studio sessions that could have led to Yachty’s unusual vocals. There’s even a Renaissance painting of Yachty taking giant bottles of lean to Poland (wock is short for Wockhardt, a pharmaceutical company that makes a popular codeine and promethazine cough syrup). If you do nothing else with your day, please listen to the bachata remix.

“Poland” is a few things. For one, it’s basically a TikTok cheat code: a lighthearted 83-second SoundCloud upload that sounds like a half-finished joke at first, until its sneakily addictive melody climbs inside your brain and never leaves. It’s the kind of line you’ll find yourself singing along to throughout the day, without even realizing it. And, most importantly, it’s a reminder of just how good Lil Yachty is when he lets himself get weird and try something new.

Listening to “Poland,” I can’t help but think back to hearing 2016’s Lil Boat mixtape for the first time, marveling at his confidence to try crazy shit like the high-pitched, playful melody in “Minnesota.” He wasn’t attempting to be cool, and he definitely wasn’t following anyone else’s wave, which is what made it so appealing. Even his haters had to admit what he was doing was original.

Unfortunately, in the months and years immediately following Lil Boat, he was hit with relentless criticism from radio show hosts, bloggers, and old traditionalist rap fans who didn’t like his playful attitude or simplistic lyrics. (On  Everyday Struggle, Joe Budden even got upset with him for being so happy.) With the success of early hits like “One Night” and “Minnesota,” he became a symbol for “mumble rap,” and received backlash from anyone who didn’t appreciate the direction rap was evolving in.

Around that time, in 2017, his sound started to change a little. He released hard-hitting songs like “X Men,” where he rapped almost too fast, as if trying to prove to his doubters that he could really spit. At times, he pulled off the style, but it came at the cost of the playful originality that made Lil Boat so special. A lot of the fun was sucked out of his music and, as a result, his debut studio album Teenage Emotions was uneven, disappointing many fans.

Since then, Yachty has taken a winding path as he’s grown as an artist, including successful attempts at tapping into regional rap pockets like Detroit, Michigan. And, more recently, he’s shown signs of wanting to take chances and try wild new sounds, revealing that his next album will be “a psychedelic alternative project” that he describes as “different.”

Then, out of nowhere, “Poland” leaked. It immediately caught fire on social media, prompting Yachty to (wisely) put the song on his own SoundCloud page and capitalize on the hype. It’s short (one verse) and sounds unfinished, leaving hope that there could be a full version that will hit DSPs sometime in the future. More than anything, though, it’s a sign that Yachty might be fully back in his IDGAF bag and we could be in store for another wildly inventive album from him soon. At least that’s the hope.

Six years after the release of Lil Boat, Yachty has proven to have more longevity than most of his peers from that era. It’s a reminder of what can happen when you have fun and try off-the-wall shit.