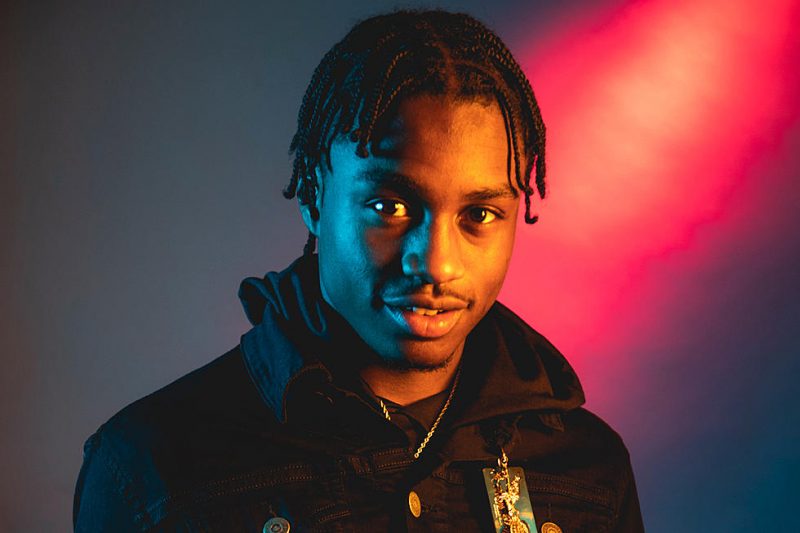 Given New York drill’s positioning as the latest iteration of party music for the youth to rebel to, it’s no surprise that the video for Lil Tjay‘s “Zoo York” — which also features drill forerunners Fivio Foreign and Pop Smoke — seriously flouts social distancing guidelines while playing with fire in more ways than one. The video, directed by JL Shot That, depicts an impromptu, punk-ish block party complete with a mosh pit and flamethrowers, with only light concessions to the need for personal protective equipment — some attendees wear face masks, but not the way you’re supposed to.

“Zoo York” also pays homage to Pop Smoke during his verse with archival footage of him performing and posting up on the block alongside Chicago’s Calboy (a nod to drill’s OG origins). “Zoo York” is the latest single from Lil TJay’s State Of Emergency EP, which finds the 19-year-old Bronx native adjusting his usually melodic sound to adapt to a diverse array of beats including the burgeoning, London-influenced style that has become the de facto sound of New York — at least for now. Tjay proves equally adept at the more rambunctious approach, demonstrating his versatility as a rapper and justifying his growing hype alongside some of the city’s other burgeoning superstars like Foreign, Smoke, and Jay Critch.

State Of Emergency is out now on Columbia Records. Get it here.