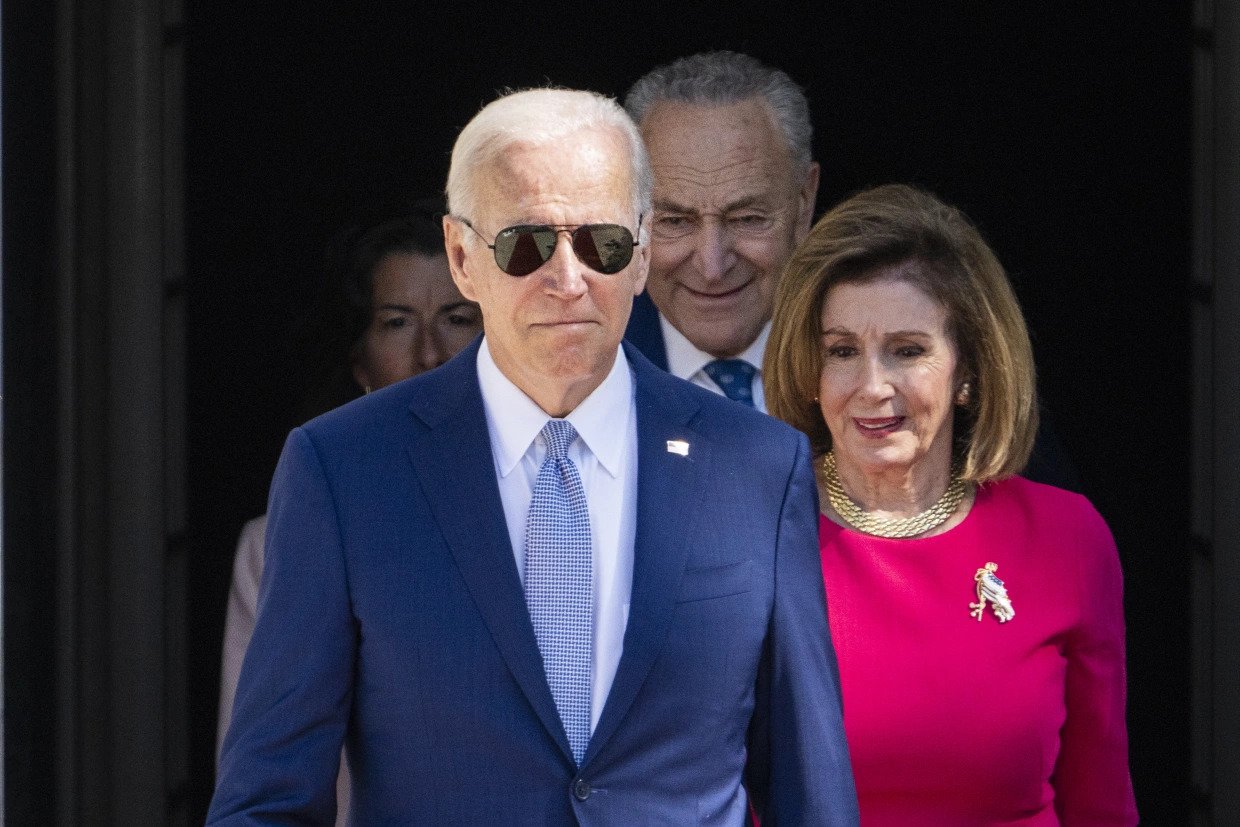 For some strategists, there’s a nagging fear that polls are once again underestimating Republicans, as they did in 2020.

ATLANTA — Democratic strategists are agonizing about headwinds in the closing stretch of the 2022 campaign, with some fearing the election will be worse for the party than polls indicate.

This week, the Cook Political Report changed its House forecast from a GOP gain of 10-20 seats to a pickup of 12-25 seats. The Senate map is narrowing for Democrats, with hopes in Wisconsin and Ohio fading, Arizona becoming closer and Pennsylvania Democrat John Fetterman’s rough debate performance adding to the anxieties.

For months, Democratic candidates in competitive races have risen above President Joe Biden’s low approval rating and weathered concerns about the economy and country’s direction with a strength rarely seen for a party in power during a midterm election. Now comes the moment of truth: Can they pull off one final act of levitation in the sprint to Election Day?

“I definitely think that the political gravity is starting to reinforce itself,” said Sean McElwee, executive director of the Democratic-affiliated polling firm Data For Progress. “There’s concern that the situation will deteriorate. You’re probably going to see polls worsen and it’s possible Democrats underperform those polls as well.”

McElwee said he worries that undecided voters are leaning more toward the GOP down the stretch and that Democrats aren’t doing enough to persuade independents. For him and others, there’s a nagging fear that polls are once again underestimating Republicans, as they did in 2020. He predicted it won’t be as bad as 2010 and 2014 because Democrats are mobilized, yet he expects them to lose both chambers and end with 49 Senate seats and 196 House seats.

The warning flare highlights the uncertainty in the final stages of what has been a highly unpredictable and chaotic campaign. Momentum has seesawed throughout the year, favoring Republicans early on, then swinging toward Democrats during the summer after the Supreme Court overturned Roe v. Wade, and lately tilting back to the GOP in the closing stages, with disenchantment with rising costs and crime on the minds of voters.

Biden’s approval rating is in the low-to-mid 40s, about the same as predecessors Donald Trump and Barack Obama when their parties suffered heavy midterm losses. A recent NBC News poll showed 45% approve of his job performance, including 37% of independents.

“Conventional wisdom tells us [Democrats] should only be able to outrun him by 5 points. But we’re seeing a much higher number,” said Jessica Taylor, the Senate and Governors editor for Cook, citing Arizona and Georgia as “the two states where I see the biggest gap” between Democratic Senate candidates and Biden. “Maybe they can stretch it to 6 or 7 [points], but I think somewhere gravity kicks in.”

“There’s a tightening happening,” Taylor added. “You do see both sides energized. However, Biden still is a drag on Democrats across the board and I don’t see that changing.”

In the best-case scenario in the minds of a half-dozen Democratic strategists NBC News spoke to, they narrowly keep control of the Senate and limit their losses in the House to single digits. In the worst-case scenario, the bottom falls out in the end stages and a host of Biden-won districts and states flip, handing the GOP sizable majorities that can flex muscle for the next two years.

The Pennsylvania race, long seen as a strong pickup opportunity for Democrats, caused waves of nerves among party officials as the health effects of Fetterman’s stroke showed during his Tuesday debate.

“Obviously that was really tough to watch. I have no idea why John and his team agreed to debate,” a prominent Democratic elected official representing Pennsylvania told NBC News, speaking candidly on condition of anonymity. “I hope this screw up doesn’t cost us in a 1-2 point race.”

Republicans feel energized. Big-spending party groups are reinvesting in New Hampshire after pulling back. The GOP super-PAC Congressional Leadership Fund is attempting to expand the map by pouring fresh money into districts that Biden carried, including a $4 million buy aimed at ousting Democrats’ campaign chief, Rep. Sean Patrick Maloney, D-N.Y., prompting the Democratic committee to put $600,000 into the race to shore him up.

“It is obvious Democrats are feeling the pressure,” CLF communications director Calvin Moore said. “And it’s evident from how they are pulling back from races, reallocating resources and leaving others out to dry that they have been forced into a difficult spot in the final stretch.”

Still, there are reasons for Democrats to be hopeful. The abortion decision remains a motivator for their voters. Early voting data and a host of surveys show an energized liberal base. Concerns about the decline of American democracy under Republican rule have fired up the party. Trump’s continued dominance of the GOP has reminded Democrats of the stakes. And due to first-time or scandal-plagued Republican candidates, many propelled by former President Donald Trump, Democrats retain a viable shot at winning just about enough seats to keep control of the Senate.

The recent NBC News poll found that Democrats led Republicans by 1 point on which party voters prefer to control Congress.

“Everything’s still in play. We’ve still got two weeks till Election Day and a lot can happen,” said Michael Starr Hopkins, a Democratic consultant advising Charlie Crist, an underdog candidate for Florida governor. “This is just going to be a turnout election at this point.”

Hopkins said the two keys to victory are to turn out Black voters in big numbers, which former President Barack Obama’s return to the trail may help with, and to win over as many suburban women and white college graduates as possible.

In the Senate, new Data For Progress polls are more bearish for Democrats than other surveys.

In Arizona, Sen. Mark Kelly is dead-even with Republican Blake Masters; in Nevada, Sen. Catherine Cortez Masto trails Adam Laxalt by 1 point; and in New Hampshire, Sen. Maggie Hassan’s lead over far-right Republican Don Bolduc is 6 points. Wisconsin’s Mandela Barnes and Florida’s Val Demings trail their incumbent Republican rivals by 5 and 7 points, respectively — outside the margin of error of plus or minus 3 percentage points in each survey.

Kelly’s advisers said they also see a tightening race in Arizona, which a Republican super-PAC linked to Senate Minority Leader Mitch McConnell pulled out of last month. But as other GOP groups send reinforcements, the Cook Political Report shifted the race from “lean Democratic” to “toss-up” on Thursday.

“It is getting closer in that Republicans are coming home to a certain extent,” a Kelly campaign aide said. “We obviously still feel like we are running a campaign to win. I do think it’ll be close.”

Asked why Data For Progress polls look gloomier for Democrats, McElwee said he’s oversampling rural areas to account for an expected lower response rate by pro-Trump voters, and weighting by geography — for instance, college-educated women in rural areas have different attitudes than women in urban areas with a degree.

He said Democrats still have a path to hold the Senate and can boost their chances with a focus on the cost of living, which ranks as the top issue for independents, advising a closing message that the party is delivering by lowering prescription drugs and protecting Social Security against potential GOP attempts to mess with it.

“The thing you have to think through is: What’s going to break in our direction, and what’s gonna break in their direction?” he said. “And I think most of our stuff is already pretty baked in.”