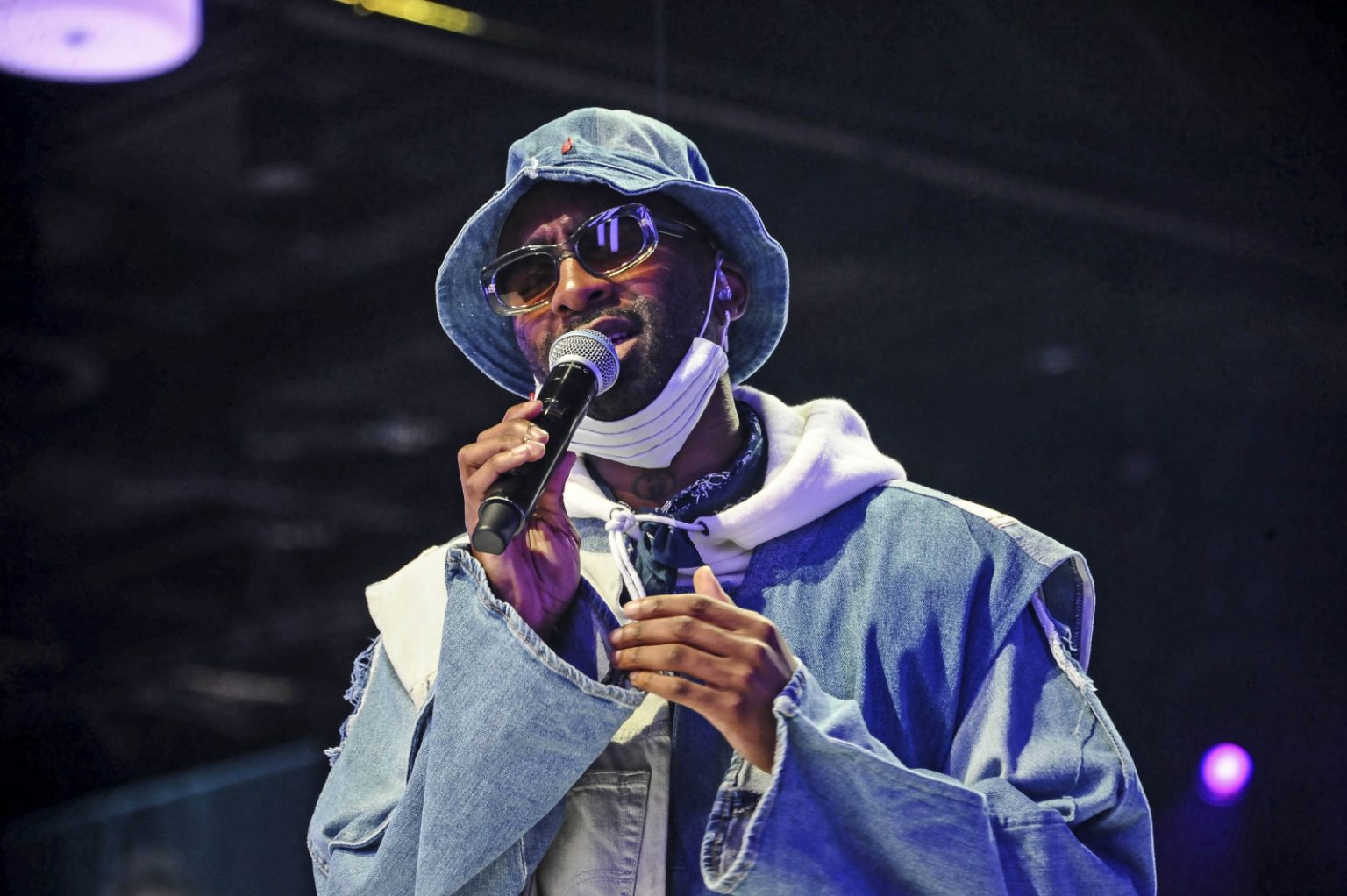 Riky Rick’s Home had been on repeat for about a week by the time I felt compelled to text him. “Bro, this song is shaking me,” I said on WhatsApp, just after its release in October of 2020.

“It’s been on repeat for a week straight and has me super-emotional cause I can relate to a lot of the stuff you’re talking about. Thank you.”

While I knew Riky well enough personally, having interviewed and done other work with him on a few occasions, this marked the first time I’d directly expressed my affinity for his music. He opened my text shortly after I sent it but never responded.

Home resonated because it speaks so openly about the temptation to give up due to life’s pressures. “All this pressure gon’ be the death of me, fake love killing my energy,” Riky opened, the pain and sincerity flowing through his urgent delivery. “Pour some liquor for all my dead homies, RIP I’ll see you there homies. I pray I’ll meet you at the crossroads, sooner or later only God knows.”

Home was released as a “bonus track” the day Riky released his last major single Ungazincishi and it wasn’t until he succumbed to suicide on 23 February that the song became widely known as it became symbolic of his battle with depression.

But why was such a powerful and heartfelt song, unlike any Riky had put out before, released so discreetly? I suspect it was for the same reason he didn’t respond to my text — because the vulnerability that comes with being open about mental health is not congruent with the hip-hop culture from which he came. Hip-hop has imparted to us that we do not have the privilege to be vulnerable.

Riky carried himself with the machismo of a superhero and he was so dazzling that it feels incongruous that he’d succumb to his demons and take his own life.

And the same can be said of hip-hop heavyweight HHP, who similarly shocked the country when he died by suicide on24 October four years ago.

HHP rarely spoke about his long-running battle with depression, in his music or other public platforms. One of the few times he did was during a harrowing interview with Gareth Cliff in 2016, where he explained, in chilling detail, how he had tried on three occasions to commit suicide a year prior.

Riky and HHP were two of the most jovial and beloved artists in hip-hop and their deaths are a bitter reminder that no one is immune to the scourge of mental illness, even our superhero rap stars.

While rappers are a lot more open about rapping or speaking on perceived emotional and mental weaknesses than they were, say, a decade ago, there remains a stigma that makes many feel the need to either keep it undercover or speak of it in hushed terms.

Lately, embracing the change of times, some of hip-hop’s biggest acts of the past two decades (the likes of Jay-Z, Kendrick Lamar and J Cole) have spoken openly about mental health and therapy both in their music and on other platforms.

In an interview with American journalist Dean Baquet in 2017, Jay-Z spoke in an open and enlightening way about therapy. During their lengthy conversation, the veteran MC explained he’d grown so much from therapy and explained the most important thing he’d taken out of the experience was the awareness that every emotion is connected.

He then shared an analogy on masculine fragility and the subliminal toxic bravado that is rampant among young black men.

“There were a lot of fights in our neighbourhood that started with, ‘What you looking at? Why you looking at me?’ Then you realise, ‘Oh you think I see you? You’re in a space where you’re hurting and you think I see you, so you don’t want me to look at you and you don’t want me to see your pain.’ So, you put on this shell of this tough person that’s really willing to fight me and possibly kill me cause I looked at you. Knowing that and understanding that changes life completely.”

What Jay was touching on was the broader superstructure that makes progressive emotional expression such a challenge. For many black men, this challenge is exacerbated by hip-hop’s abrasive culture.

A day after Riky Rick died AKA, to whom Riky had grown close over the past few years, shared some of his thoughts in an Instagram post.

“The last five people I know who took their own lives, four of them are men. I’ve seen so much suicide over the last year I can’t even feel anything anymore.

“I’ve spoken to a lot of people, some of them said, ‘He just got a bag from African Bank blah, blah etc.’ That tells you everything you need to know about this fucked up, fake-ass algorithm world we have created for ourselves to live in. Riky went to Hilton, he grew up around money.

“I hope soon we can address the issue of how damaged and broken the men in this country are. We have no one to talk to; we just pat each other on the back and say, ‘Get on with it, be strong my boi’… Look at the stats — we are taking our own lives at record highs. Something has to change.”

To AKA’s point, the fact that Riky had shared a new TV commercial he’d done as part of a lucrative partnership with African Bank just two days before his death makes it a painful reminder that mental health does not affect only those whose struggles are obvious.

In an article about former Miss USA Cheslie Kryst’s shocking suicide earlier this year, Dr Christin Drake, a associate professor of psychiatry at the NYU Grossman School of Medicine, explained to The New York Times: “It’s important to keep in mind that the way that someone appears in public or in their professional life doesn’t reflect the whole of their functioning.”

Tellaman, the multi-platinum-selling artist behind several local hip-hop and R&B hits of the past decade, shared how he deals with his mental health by constantly speaking with his tight-knit group of industry friends, which includes the likes of Nasty C and Gemini Major. 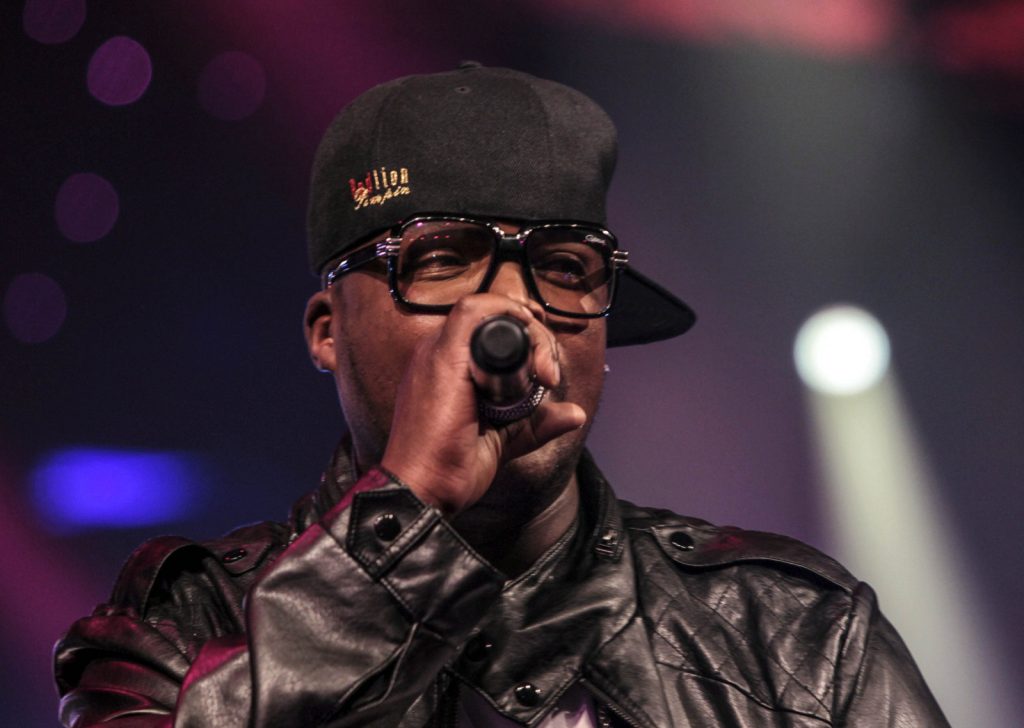 “I think it helps a lot for me because we all go through similar things. When I bring up something it’s like, ‘Oh, I’ve been through that’ or ‘I’m also going through that right now.’ So, talking to someone actually helps.

He adds that hip-hop culture complicates this communication because of the bravado that’s inherent in it.

“How everybody is on the internet, they have to keep up this image and this persona. So, for anybody to admit that they’re actually going through something or they’re down at that moment — it’s seen as not a good look. But I’m against it, because that’s what gets people to do unfortunate things or to hurt themselves.”

J Molley, the young rap star who found national success at the age of 18 with his feature on DJ Speedsta’s 2019 hit single I Don’t Know, shared earlier this year how he’d attempted suicide. Aside from being clinically depressed, J Molley also struggles with anxiety, borderline personality disorder, obsessive-compulsive personality disorder and ADHD.

J Molley also feels hip-hop culture has an adverse effect on the discourse around mental health.

“Hip-hop culture is very superficial, for the most part. For a lot of people, I’d understand why they’d be reluctant to speak about mental health because hip-hop is just about money, cars, women, drugs, killing people. Hip-hop is not a conducive society or structure for people who suffer from mental illness.

“I’ve also struggled a lot myself with my mental illness and being part of the hip-hop culture. It’s done me more harm than it has good. The hip-hop industry is ruthless.”

In an interview with Maps Maponyane for Mzansi Icons two weeks ago, hip-hop legend Khuli Chana shared similar sentiments. While relaying his emotional state after cops shot him several times in a case of mistaken identity, Chana unpacked his experience of seeing a therapist at the recommendation of one of his former managers.

“I realised at that moment I have bottled problems. The issue with my father, the shooting incident and how that also affected a lot of my relationships — the mother of my child, friends, business relationships. I wasn’t aware that I’d become somebody else, that I’d changed. It really helped me find healing and learn how to speak about it.”

In hip-hop culture part of an artist’s appeal has always been to appear above the fray. Lately though, with the ongoing public discourse around mental health, there seems to be a growing understanding that embracing vulnerability is true strength and more and more leaders in the community are speaking out.

Despite this, young men are increasingly struggling with mental illness privately. When Maponyane brought this up, Chana shared his perspective: “I’ll speak on behalf of myself, but I’d also like to speak on behalf of the creative, the artist, the musician who has to put up this facade or this idea of success.

“You’re experiencing maybe, say, financial troubles. There’s a fear of speaking out, because who do you trust with that information? If you’re a musician who harnesses their craft, it’s just as important to be mentally fit.”

Advertisement
Related Topics:Bravadomachismo
Up Next