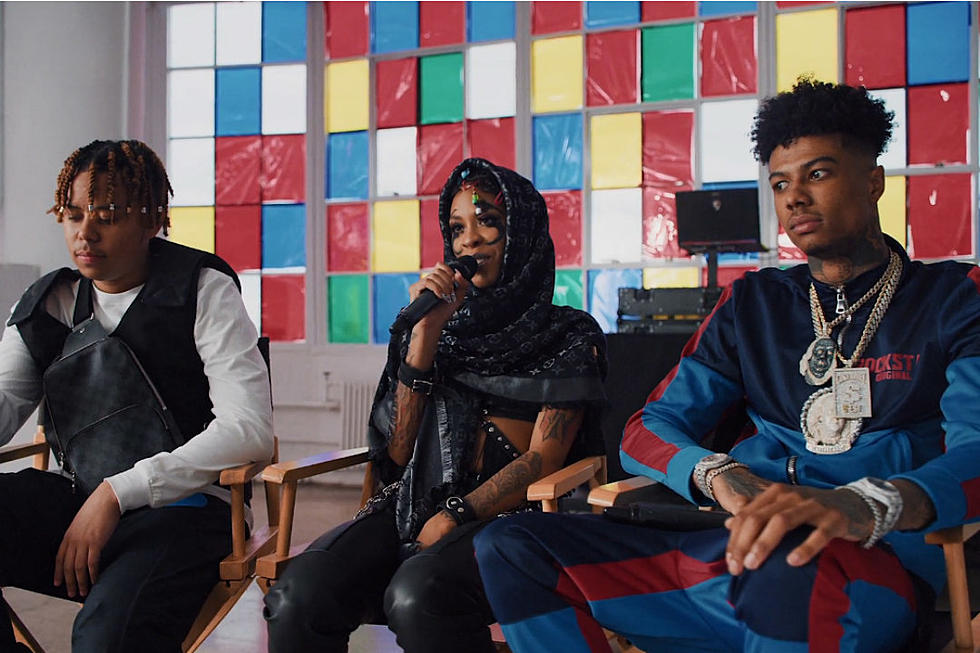 The XXL Freshman process can feel like an “I made it” moment, with a full day of interviews, photoshoots and more interviews, the likes that some artists in the class have yet to previously experience. Rico Nasty, Blueface and YBN Cordae are grateful to have been inducted into the 2019 XXL Freshman class, but they refuse to rest on their laurels.

The trio, who also participated in the cypher together, are additionally tag-team partners in the roundtable discussion. They seem to enjoy the collaborative aspect of the day. “It’s really just dope, more so seeing the other Freshmen, because, like, I’m still a fan, at the end of the day, of the XXL Freshman class and of the artists as well,” says YBN Cordae. “So, it’s really dope to like, ‘Oh shit, he’s on it.’ So, it’s really dope, just to mingle with everybody and get vibe.”

Rico Nasty adds, “Every year, [XXL] really points out whose been poppin’ big shit throughout the year; creatively, fashion-wise. All the artists have one component or all of them, and that shit is like super fire seeing everybody get together.”

The situation causes Cordae to recall a previous time meeting Rico. “It’s a crazy coming of age moment,” he recalls. “I was in the studio with Rico like three years ago. We was going to the same studio, like three to four years ago. This is when she was like poppin’ locally and I was just like 200 followers. I was on some fan shit. Then just to see her increase like every year and we both on here this year, it’s gon’ mean a lot for Maryland and the whole DMV.”

Blueface, who along with Roddy Ricch and Lil Mosey are the West Coast representers of the 2019 XXL Freshman class, brings up the significance earning a coveted spot.

“Y’all been doing this for years,” he says. “So, it’s good to be a part of the history, get your foot in. Hopefully, we stay in.”

Along with the benefits of earning a spot (Blueface: “More watches, more chains, more bitches, more money, more sneakers”), Rico admits there is some pressure to being one of the chosen ones.

“It feels like everything you do now has to be double-XL, you know, triple-XL,” she adds. “You gotta be big. You gotta go big or go home from here on out.”