Akufo-Addo: I prefer noisy, mischievous press to sycophantic one
Advertisement 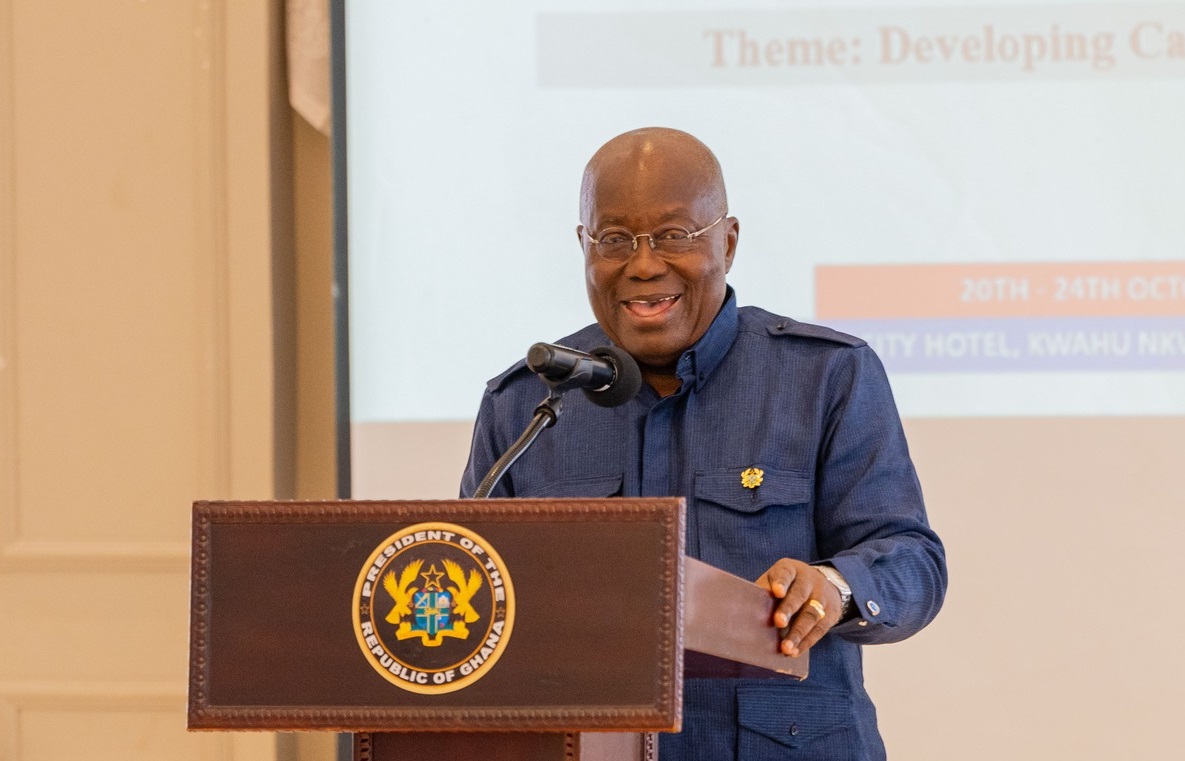 President Nana Addo Dankwa Akufo-Addo has stated that the safety of journalists to go about their duties is sacrosanct.

Condemning attacks on media personnel when the leadership of the Ghana Journalists Association (GJA) called on him on Wednesday evening, President Akufo-Addo said: “I don’t condone any attacks on any journalist even those who abuse me.”

He said he preferred a noisy and mischievous press to a sycophantic one.

He explained that journalists have to feel safe to go about their work because of what they do for the country and the community as their work was extremely important.

He said he preferred the current kind of press in Ghana which is very active and vibrant especially, the diversity and proliferation which had made the presence of the media felt in every corner of the country.

He described as unfortunately the fact that despite very widespread efforts made the Criminal Investigation Division of the Ghana Police Service, they have not been able to lay hands on the perpetrators of Suale’s death.

He said that it was worrying because without the findings, it was difficult to ascertain the reasons behind the killing, whether it was because of his work as a journalist or for other reason.

President Akufo-Addo opined that the concept of responsible journalism was extremely important for the welfare of the country and that most people were sensitive about the capacity of the media to generate its own information.

He said the media’s capacity and position to independently verify the truth or otherwise of what state actors and others were also saying so that the population was not denied any informed scrutiny of the claims that were being made was crucial.

Regarding decline in the ratings of the country in press freedom index, he wondered why it was like that because he did not know of many countries in Africa with such proliferation of independent media outlets like what pertained in Ghana.

When the Minister of Information, Kojo Oppong Nkrumah explained that the country’s downgrading was because the ratings was more about welfare of journalist, President Akufo-Addo said “if it is that it is about the condition of journalists, well, I can understand it”.

He said this was because journalists in Ghana were notoriously not well paid and that it was the collective responsibility of all to ensure that was addressed.

He assured the association that he would grace the GJA awards night.

The President of the GJA, Albert Dwumfour said this year’s GJA awards night scheduled for November 12, was on the theme “Walking the Path Towards Ghana’s Economic Recovery – The Role of the Media”.

He said the topic sought to highlight the essential role of the media in the present challenging socio-economic circumstances and how best the media could help in the economic recovery efforts.

He called on the President to revive his annual media Encounter’ series to enable him share thoughts on pertinent national issues with the media and to also enable the media express their concerns about the operations of the government.

He expressed worry about the welfare of journalists and said the association was engaging media owners as to how best to address the situation and urged government to also do its part in saving the Ghana Broadcasting from collapse.

Advertisement
Related Topics:Must ReadTrending
Up Next